We'll be with you to guide and assist throughout the entire process of buying a business.

We design a custom plan to promote your business to likely buyers. 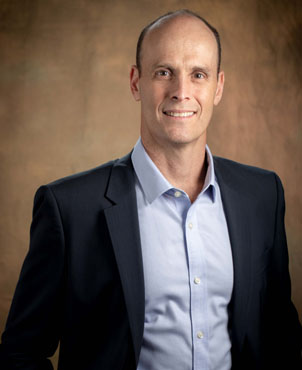 Mr. Fischer is a Systems Engineer with MBA studies in IESA (Caracas) and UNC (Chapel Hill). After college he attended extension courses at Harvard University.

While living in Venezuela, he worked for Citibank and then founded an investment banking boutique. He participated in the consolidation process of the banking and insurance sectors and other important transactions in the region, such as the selling process of two main electrical companies in Venezuela, a dairy company in Uruguay, an insurance company in Ecuador among others.

In 2005, Mr. Fischer moved to South Florida where he became a business broker. He is a member of BBF (Business Brokers of Florida), he is a BCI (Board Certified Intermediary) and a Certified Mergers and Acquisitions Intermediary. He has assisted several families to move to the United States through investors visas. In 2011 Mr. Fischer joined Murphy, the largest and one of the most successful Business Brokerage companies in the US.

We are one of the largest and most successful business brokerage firms in North America with offices conveniently located throughout the United States and Canada. Murphy Business provides both clients and business associates with the highest standards of professional service and unmatched performance in the sale of privately held businesses, mergers & acquisitions, franchise sales, business valuations, machinery&equipment appraisals, commercial real estate and business consulting. With the team at Murphy Business, you can be assured you are represented by outstanding, experienced and knowledgeable professionals who will provide you with sound financial, strategic and tactical implementation to achieve a successful transaction.

GET ACCESS TO OUR EXCLUSIVE SEARCH TOOL FOR BUSINESSES

You know every detail, from the kind of business you want, to your dream location and the investment you want to make? We got the refined search tool you need to take the final step toward acquiring that dream business.

Soon you will receive an email with a link to give you access to our Listing of Business for Sale in South Florida.